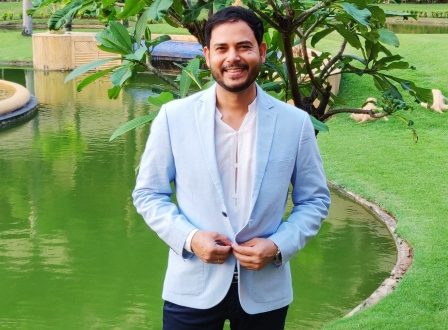 
Bhubaneswar: Odisha born film producer Jitendra Mishra has been selected as jury for the prestigious European Children Film Association (ECFA) for the second time this year.

This time he is invited to be Jury for both ECFA & CIFEJ during Filem’On International Film Festival for a young audience, hosted in the European Union Capital city Brussels, Belgium.

He will be the 1st Indian from a similar industry to be selected as a jury for both these associations together.

“I felt honored to receive the invitation from Hilde Steenssens, the festival director of Filem’on. I have been privileged enough as I get to watch best of the world cinema made for young audience when I travel as a Jury and ultimately it helps us curate them for our own festival SIFFCY in December,” said Jitendra.

“It also gives me opportunities to learn global practices, exchange ideas among the global industry leaders & implement them in our own endeavors, I am thankful to the management of Smile Foundation for creating these opportunities,” said Jitendra on this occasion.

Born in Titlagarh, Jitendra Mishra is one of the few Indian film producers and promoters who have been able to create a benchmark in ‘Alternative methods of Film Production, Distribution & Promotion’ at the international level.

Committed towards meaningful cinema, Jitendra has already been associated with the production, distribution and promotion of more than 110 films in all categories.

His current production ‘The Last Color’ directed by Michelin starred Chef Vikas Khanna had a special screening at the most prestigious United Nations headquarter & at Cannes film festival.