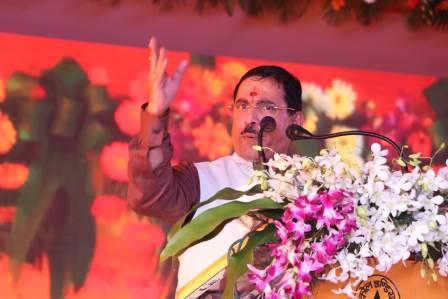 The measure will cover over 3.5 lakh families of miners working under Coal India and its subsidiaries in eight states of the country.

After undertaking aerial survey and inspection of mining operations of Talcher Coalfields in Mahanadi Coalfields Limited (MCL), the Minister addressed the villagers and coal miners after laying the foundation stone of MCL DAV School, Lingaraj Area, in Talcher coalfields.

Paying tributes to the coal miners who had laid their lives in mine accidents, Joshi said, “I announce enhancement in ex-gratia from Rs five lakh to Rs 15 lakh for the coal workers, both permanent as well as the contractors, in case of a fatal mine accident.”

Joshi said the government of India is committed to uplift the standard of living of common man and it is steadily working to create more jobs and entrepreneurship opportunities for the youths.

He also announced that Mahanadi Coalfields, which has given over 16,000 permanent jobs in lieu of land since its inception, will offer employment to more than 4000 land oustees in Odisha by the financial year 2024-25.

In Odisha, the Minister further announced, “Mahanadi Coalfields will invest more than Rs 9,000 crores in years to come for the creation of railway infrastructure enabling seamless transportation of coal from across MCL mines.”

Seeking the cooperation of all the stakeholders on increasing coal production for the nation, Joshi also added that MCL will run Mobile Medical Units (MMUs) in the peripheral villages of its operational areas for brining free healthcare to the doorstep of the needy people.

The Minister laid the foundation stone for a state-of-the-art MCL DAV School, Lingaraj Area, which will be built at the estimated cost of Rs 45 crore with an initial student intake of 1,300 to be extended up to 3000, desiring it to be one of the best schools in India.

MCL has nine DAV schools running in Angul, Sambalpur, Jharsuguda and Sundergarh districts of Odisha, with total student strength of 13,425 in the current academic session.

Chairman Coal India A.K. Jha and CMD MCL B.N. Shukla were also present on the occasion along with other dignitaries.

MCL, which had produced a record 144 million tonnes of coal in the last financial year 2018-19, is the second biggest subsidiary of state-run “Maharatna” company Coal India and contributes about 25 percent to its total coal production. 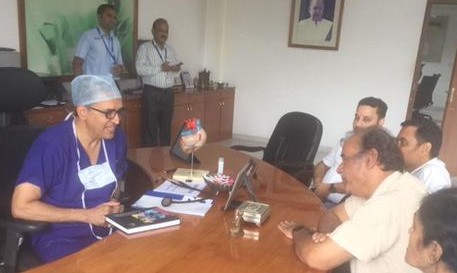 Mobile app for treatment of mentally retarded children in Odisha