In a letter to Union Tourism & Culture Minister Prahlad Singh Patel, the Chief Minister said, “I am sure that would be a befitting tribute to our heritage and an inspiration for our future.”

Patnaik said Bali Yatra organised at Cuttack is an integral part of the cultural ethos of Odisha and it is deeply embedded in the collective consciousness of the Odia people.

“As India looks to the East to revive the age-old contacts with South East Asia aiming at mutual economic growth of India and the countries in that region, it would be appropriate and timely that Bali Yatra which celebrates the enterprising spirit of ancient India is recognized at the National Level so that the daring initiatives of our seafaring ancestors are duly recollected and acknowledged,” the Chief Minister said.

The annual Bali Yatra festival was inaugurated in Cuttack on Tuesday.

The eight-day festival is organised at the bank of River Mahanadi every year to mark the day when ancient mariners from the state would set sail to the distant land of Bali, Sumatra, Java (Jawa) in Indonesia, Borneo and Sri Lanka, for the expansion of trade and culture. 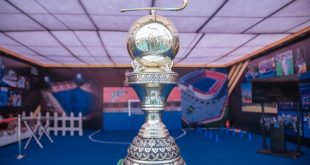