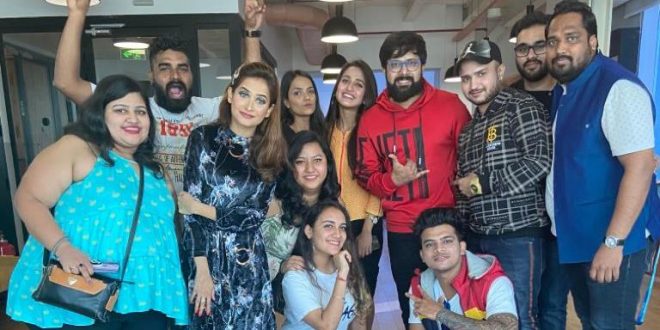 The movie has been released across theatres in Odisha on 8th November.

The actors Sabyasachi Mishra and Ray Elina Samantaray along with 12 popular TikTok influencers from around the country, danced to the songs from the movie, videos of which can be found on their official TikTok channels.

The actors were also seen in a video on the official channel of TikTok India talking about the movie.

“It’s great to see the audience’s response and the love they’ve shown to the movie. Hard work of more than a year has paid off. I must say, a strong production house has established its presence with a bang. I would also like to thank the entire team at Amara Muzik for prioritizing quality and publicity, something that is very essential for Ollywood today,” said Sabyasachi.

“We’re immensely grateful to the audience for all the love and support they’ve shown to the movie. There is also a sense of satisfaction in having taken the Odia movie industry to reach a wider audience through platforms like TikTok.

As we’ve said earlier, this is just the beginning of how we wish to contribute and grow the Ollywood industry,” said Suraj Mohnot, Executive Producer, Mal Mahu Jiban Mati.