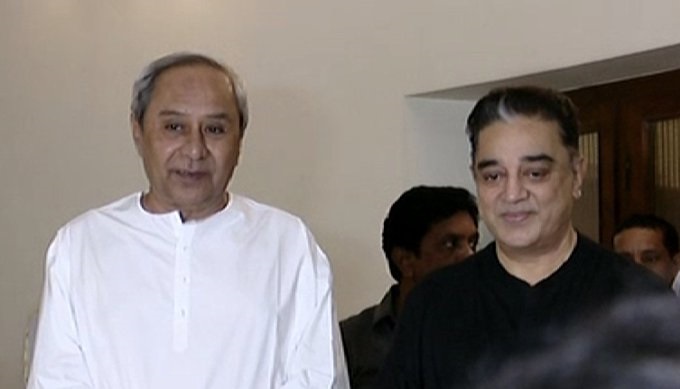 Kamal Haasan had a half an hour discussion with Naveen Patnaik at the latter’s residence here. Both the leaders discussed political and non-political issues.

“I am delighted that Kamal Haasan is here in Bhubaneswar. We had a discussion this evening about his political career and prospects, and about films he is doing,” Naveen told reporters after the meeting.

The actor-turned-politician said he sought advice from Naveen Patnaik about his political future.

“Basically, it was one side receiving advice as a politician. I was asking questions and got some great answers,” said Hasan.

Replying to a question on a possible alliance between BJD and MNM, he said the senior leaders will decide on this.

“However, we do seek advice and watch Naveen Patnaik closely. We are happy to meet him and seek his wisdom,” Haasan said.