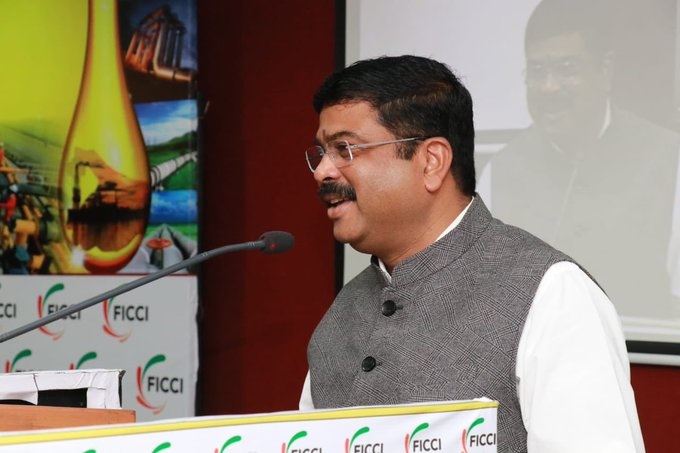 New Delhi: Union Petroleum Minister Dharmendra Pradhan has said the Centre has initiated a tender process for the establishment of a Syngas plant in Odisha, which would be first-of-its-kind in the country.

“We are working on developing Syngas from coal by combining both high ash content coal and Petcoke. Work on the first such plant is progressing rapidly in Odisha. It will be a revolutionary step towards making Syngas from the available domestic coal of the country,” said Pradhan at a FICCI programme here on Thursday.

He said that 25-30 years ago crude oil was the only priority of the country’s exploration activities.

Pradhan said gas is driving the country’s energy transition. He said target has been set to increase the gas share to the economy by 15 per cent by 2030.

”In the last 5 years, various reforms have been introduced to promote the growth of the gas sector in India, including, pricing & marketing freedom, diversification of fuel sourcing, etc. We are further focusing on expansion and monetisation of Coal Bed Methane infrastructure,” he added.

Prahdan said India has made substantial progress in the expansion of CGD network. Soon, gas will be accessible to nearly 70% of the country’s population.