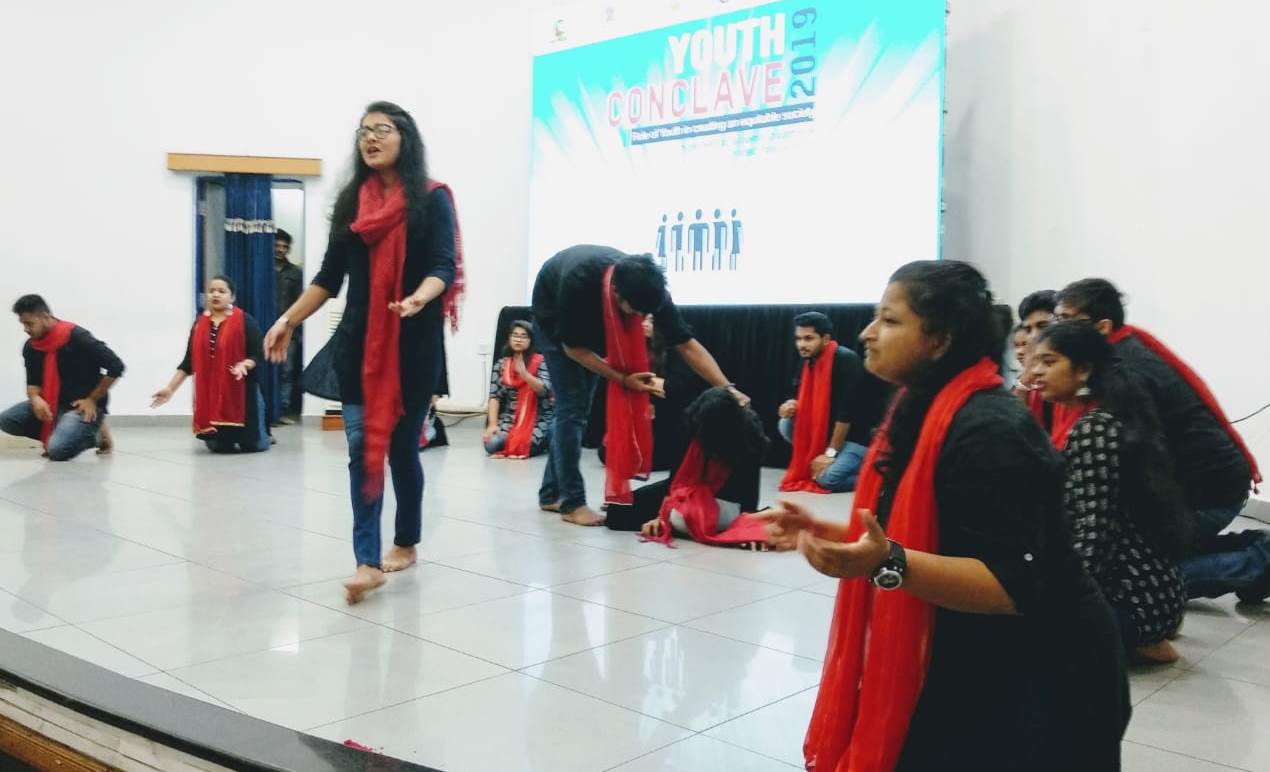 Bhubaneswar: The second edition of Youth Conclave of the Socially Smart Bhubaneswar project at KIIT University today was an event of youthful energy in action.

With several creative, effective and powerful plays on violence against women and several other issues, the message given in the conclave was clear-start the sensitization at home and the idea to respect the girl child should be first practiced at family level for a better city, state and nation.

The Youth Conclave is an annual event of the Socially Smart Bhubaneswar project and this year nearly 500 participants from 20 leading institutions and universities of the city attended.

It was organized with the objective of creating a platform for young people to share their views on Youth Connect Program and suggest a way forward. Youth Connect program is a part of Citizen Connect Initiative of Bhubaneswar Smart City Limited (BSCL) to strengthen the social components of the Smart City Proposal.

The project is a collaborative initiative of BSCL, Bhubaneswar Municipal Corporation (BMC) and United Nations Population Fund (UNFPA) and is being implemented at the level of 100 slums and approx 70 educational institutes of the city.

The initiative at the level of educational institutes is being coordinated through the nodal officers who are most cases National Service Scheme (NSS) officers. The program has received tremendous response from the institutes and this year various programmes around the theme of substance abuse and stress management, cyber crime and handling social media were organized.

While a short film on the various social intervention strategies for the city slums was screened, street plays (nukkads) were also norganized wherein students took the concept to the community and tried to create awareness on issues of importance for youth.

Chief Guest of the occasion BSCL CEO and BMC Commissioner Prem Chandra Chaudhary in his keynote address said, “The social sickness and other issues could be changed once families take the responsibilities to correct the mindset of their own children and start cleansing the minds with humanitarian and value-based upbringing.”

UNFPA Odisha representative Dr. Deepa Prasad said, “Many diseases are also linked to social behavior and changes in the pattern could also make a better and healthier society. As India is the youngest nation in the world we need to do better in social sector and the Socially Smart Bhubaneswar project has become a torchbearer for many other Smart Cities across India.”

Various educational institutions since 2017 have organized various programs in their campus on varied themes including safe city safe campus, gender-based violence, role of youth in addressing violence against women and healthy lifestyle.

Students while sharing their experiences about the programme said that the project was unique as it gives liberty to students to design their programs and initiative.

From time to time they also discuss with their nodal officer and plan out the programmes that they would organize in advance.

Besides these awareness programs, BSCL also organizes City Changer Labs which is basically a platform for youths to share their ideas/ innovation and proposals to improve urban living. Till date 74 ideas have been received under the lab.

This year the programme was organized in association with Micro Small and Medium Enterprise Department and 12 shortlisted concepts have been shared with them for further support and handholding.