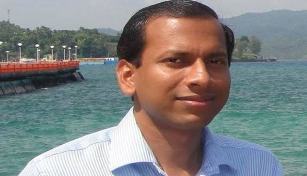 Bhubaneswar: An Indian Administrative Service (IAS) officer in Odisha was on Monday arrested for allegedly taking bribe of Rs 1 lakh to pass a bill.

The 2009 batch IAS officer was caught red-handed by the officials of the anti-corruption agency while accepting the bribe from a person.

The vigilance police arrested him from his office here in Krishi Bhawan. The anti-corruption police also searched his residence and other places.

As per reports, the state government received complaints from different people regarding corruption in the Horticulture department during the ‘Mo Sarkar’ programme. Accordingly, a trap was laid for the official.