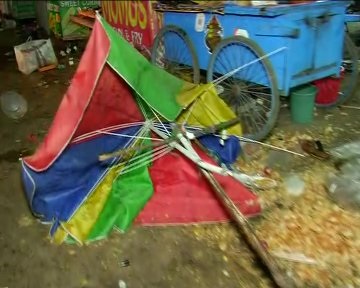 
Bhubaneswar: Around 20-25 masked mob attacked street vendors and vandalized their shops at Market Building in Bhubaneswar.

However, the cause of the attack is yet to be known.

The Commissionerate Police have reached the spot and started an investigation into the incident.