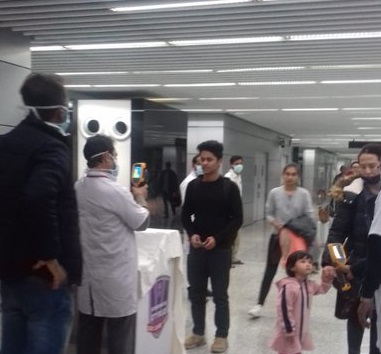 Beijing: China said 41 people have died so far from a new coronavirus that has infected more than 1,300 people globally.

The total number of confirmed cases in China now stands at 1,287. The condition of the 237 is stated to be critical, China’s National Health Commission announced Saturday.

The pneumonia situation had resulted in 41 deaths, including 39 in central China’s Hubei province and one in northeastern province Heilongjiang, the Commission said.

The virus has spread to Hong Kong, Macau, Taiwan, Nepal, Japan, Singapore, South Korea, Thailand, Vietnam, and the United States as of Thursday. The first cases were reported in Europe with France saying it has identified three cases on Friday.

The city of Wuhan, Hubei province of China, has been on lock down with all flights cancelled and checkpoints blockading the main routes in an attempt to prevent the outbreak of the virus.

Meanwhile, India has issued advisory for travel from China to India.

As many of the 700 odd Indian students studying in universities of Wuhan and Hubei provinces are still stuck up there.