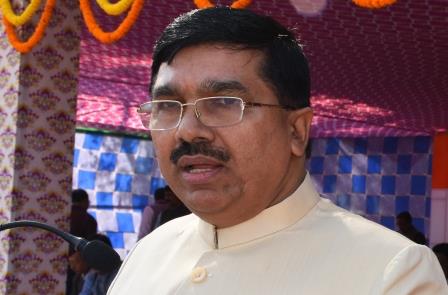 Talcher: Mahanadi Coalfields Limited (MCL), a Government of India Enterprise and subsidiary of Coal India Limited, has initiated the process for regional planning of the coal city of Talcher coalfields in Odisha.

In his address after unfurling the Tricolour on the occasion of 71st Republic Day celebrations, B N Shukla, MCL Chairman-cum-Managing Director said, “Mahanadi Coalfields has initiated master planning for Talcher coalfields keeping in view the advancements and necessities of next 25 years.”

The Indian Institute of Technology (IIT) Kharagpur has been awarded consultancy for this project, who will submit its report by March 2020, Shukla informed.

Planned for development as a smart city keeping in view advancements and expected requirements in the next 25 year, Talcher will be having a congestion-free network for road transport with flyovers, environment, land reclamation and set-up for skill development centers and other modern facilities for people.

Coal mining operations should not hamper on trivial issues, which lead to multi-crore loss to exchequer that can be used for public good, he said while emphasising on the need of coal for the energy requirements and economic growth of the nation.

“India is importing coal at a cost of around rupees two crore annually, which not only causing economical loss to the country but also taking away the job opportunities,” the CMD said.

MCL will be contributing around Rs 1,518 crore in Angul while Rs 798 crore in Jharsuguda and Rs 371 crore in Sundergarh districts’ District Mineral Fund (DFM), and this amount will further increase with increase in coal production from these districts, Shulka informed.