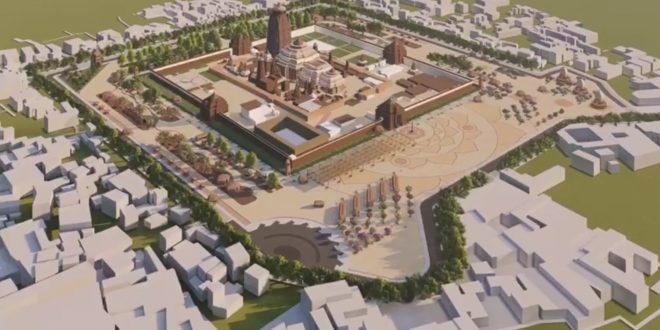 In the discussion, the government agencies brought up their proposals for the corridor, which will come up within the 75-meter range from the Temple.

The main focus of the discussion was waste management and water treatment issues of the proposed Corridor.

Given the sheer size of daily pilgrim traffic as well as projected rise in footfall after the project completion, dedicated water treatment and waste management plant required to be built for the corridor project was suggested.

Among other issues, the supply of water within the corridor area and relocation of an electric substation situated near the Maghanad Pacheri of the Temple were discussed.

The recent discussion is part of a series of such meetings undertaken by the Works Department and OBCC to prepare the final architectural plan of the proposed corridor.

All the existing service plans for electricity, water supply, roads, etc. would be modified and accommodated in the Heritage Corridor plan.

“Government will undertake a series of such discussions for the preparation of the final architectural plan. These discussions will ensure optimum coordination form the government departments while executing the project,” said Dr. Krishan Kumar, Chief Administrator of SJTA.

The draft architectural plan for the heritage corridor was unveiled by Chief Minister Naveen Patnaik on December 30, 2019, and was made public for suggestions.