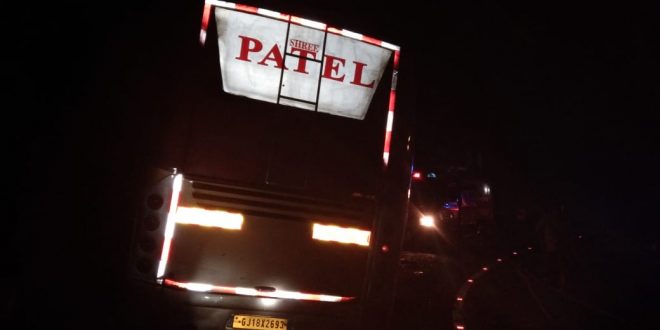 
Bhubaneswar: One person was killed and several others injured when a bus carrying migrant workers from Surat to Odisha met an accident in Phulbani district on Saturday night.

The bus carrying workers from Surat to Ganjam overturned near Kalinga Ghat on the Ganjam-Kandhamal border.

Sources said while several people got injured in the bus accident, one person is stated to be critical.

According to Southern Range DIG Satyabrata Bhoi, one person has been killed and one critically injured while several others have sustained injuries.

Transport Minister Padmanabh Behera informed that an inquiry has been ordered to find out the reason behind the bus accident.