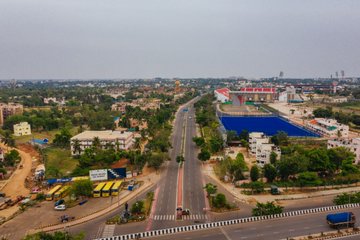 Offices and institutions, shops and commercial establishments will remain closed with few exemptions.

Vegetable, grocery and milk shops will open from 6 am to 1pm every day, said an order of Special Relief Commissioner (SRC).

All medical establishments including government and private hospitals, clinics, nursing homes, including medicine stores will function during the lockdown as well as movement of ambulance and all medical personnel including doctors and paramedics will be allowed.

“Movement of Public Transport, private vehicles and taxis (including cabs by aggregators like Ola, Uber, etc.) to and from airports, railway station and bus terminals/ stands/ stops, for facilitating movement of passengers by air, rail and road,” said the order.

The government also allowed operations of E-commerce establishments such as Flipkart and Amazon.