The Chief Minister requested to accord necessary approvals and certifications so that a passenger train can be flagged off on this new line at the earliest, preferably in the month of August.

The Odisha government, Ministry of Shipping and Indian Railways have similar share in equity in the company.

“The 82 km new line is connecting Kendrapada District to Railway map for the first time. As connecting all unconnected districts through Railways is a stated policy, my Government invested in equity as sought by Railways, to make this project economically viable,” said the Chief Minister.

While most work for commissioning of the line is now completed, running of passenger traffic over this new line is required to be finalized, he added.

No train to Puri till further order: ECoR 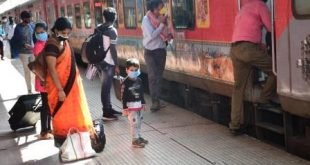