New Delhi: Former union minister Dilip Ray was on Monday sentenced to three year jail-term in a coal scam case pertaining to irregularities in the allocation of a Jharkhand coal block in 1999.

Ray was Minister of State for Coal in the Atal Bihari Vajpayee government.

Dilip Ray was convicted earlier this month for criminal conspiracy and other offences by the court.

Ray was convicted under various sections including 409 of IPC (criminal breach of trust by a public servant), that varies a maximum punishment of life imprisonment during the judgment passed on October 6. 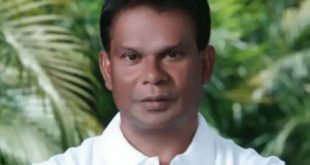