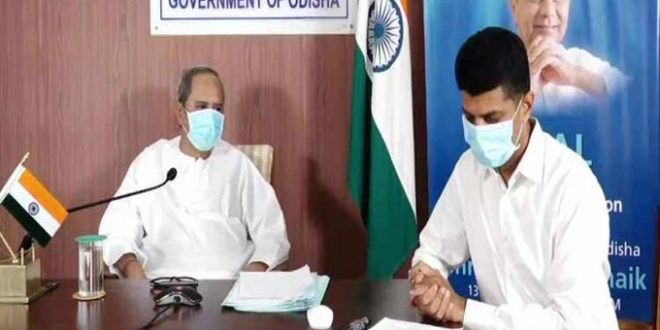 Free smartphones to all households in Swabhiman Anchal


Bhubaneswar: Odisha Chief Minister Naveen Patnaik on Tuesday called upon Left-wing extremists (LWE) to shun violence as he announced to provide smartphones free of cost to all households in Swabhiman Anchal of Malkangiri district.

From a digital platform, he launched smart phone distribution programme for families of Swabhiman Anchal.

He said that three more 4G mobile towers will be installed taking the total to seven in the areas to take benefits of digital revolution to last mile and expedite social security schemes.

The Chief Minister said that Swabhiman Anchal is always in his heart and efforts will continue to make it a developed region.

He informed that he had announced Rs 100 crore special package under SETU scheme while inaugurating Gurupriya Bridge in 2018, which has been increased to Rs 215 crore.

The Chief Minister announced the development projects that include 11 KV 3 phase line connection, construction of concrete roads, 78 km of paved roads and 7 bridges with an investment of Rs 100 crore.

Steps are being taken to boost income of farmers through cultivation, processing and branding of turmeric of Swabhiman Anchal, he added.

The Chief Minister further said that a mega pipe drinking water supply project worth Rs 20 crore has started while construction of 250 tube wells have been completed.