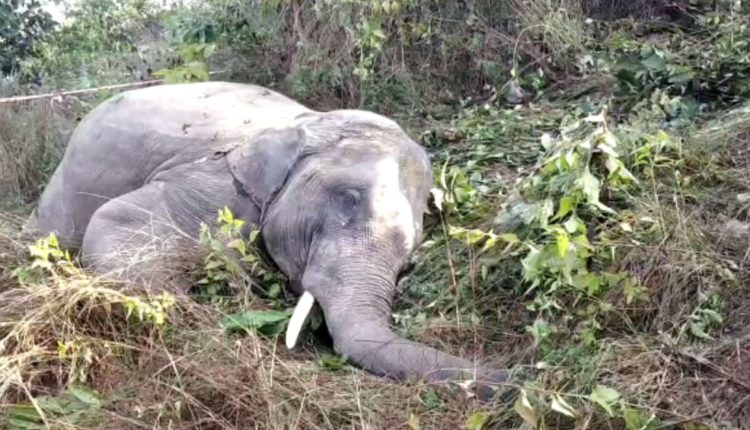 
Sambalpur: An elephant was killed after being hit by a moving train in Odisha’s Sambalpur district on Saturday evening.

A forest official said the elephant came in front of Rourkela Intercity Express near the Gadgabagal bridge between Jujumura and Hatibari railway stations on Saturday evening.

The pachyderm was crossing the railway track around 6.30 PM when Bhubaneswar Rourkela Intercity Express hit the tusker killing him on the spot.

The elephant age is estimated to be around 10-12 years.

Later, the forest officials reached the spot and recovered the carcass and have started an investigation.