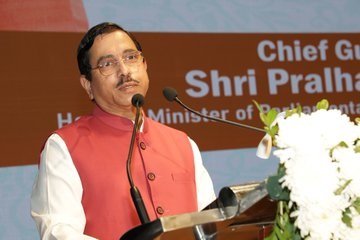 Addressing the 41st Foundation Day of Nalco at Bhubaneswar, the Minister said Nalco will spend over Rs 7000 crore in lining up the 5th Stream of its Damanjodi refinery, development of Potangi bauxite mines, and raising and transportation of coal from South Block and Utkal D & E.

The remaining Rs 23,000 crore will be spend in expansio of Angul smelter plant with a 1400 MW captive power plant.

“The Rs. 30,0000 Crores expansion plan of NALCO, spread over the next 7 – 8 years will include the expansion of its Refinery by one million tonne capacity, adding 3.5 million tonne capacity Pottangi bauxite mines and operationalization of Utkal D & E Coal Blocks. Further to this, enhancement of Aluminium Smelting capacity by 0.5 million tonne  and Captive Power Plant by another approximately 1200 MW through brownfield expansions at Angul district of Odisha has been envisaged in this growth plan”,  he added.

“It is a matter of pride that Nalco is one of the highest net foreign exchange earning CPSE in the country. The company’s aggressive expansion plan will have a multiplier effect on the mining and mineral sector, helping achieve the vision of an Aatma Nirbhar Bharat,” said the Minister.

Worth mentioning that NALCO is in the advanced stage of obtaining mine opening permission after execution of lease deed for 2 MTA of Utkal D coal block in the 1st quarter of 2021-22.

Further, the Minister added that all clearances have been given by MOEFCC to Utkal-D Coal Block.

Similarly the company is concurrently in the process of obtaining statutory clearances for 2 MTA of Utkal E coal block with a plan to open the mine in 2022-23.

Addressing the occasion, Sridhar Patra, Nalco CMD, highlighted the company’s significant performance in last fiscal, wherein he shared about the export earnings of NALCO that accounted for about 59% of the sales turnover in the 1st half of this financial year.

He also informed regarding caustic soda plant that has been set up in JV with Gujarat Alkalies & Chemicals Ltd, which is likely to be commissioned in early part of 2021-22 and this will secure a steady supply of caustic soda to NALCO.

Patra thanked the Minister and the Ministry of Mines for their wholehearted support in all endeavours of NALCO.

He also thanked the state government for the support extended by them for fast tracking the completion of various projects including the 5th stream Refinery at Damanjodi.

Sridhar Patra attributed the performance of NALCO to the team work and dedication of all employees and cooperation of various stakeholders.