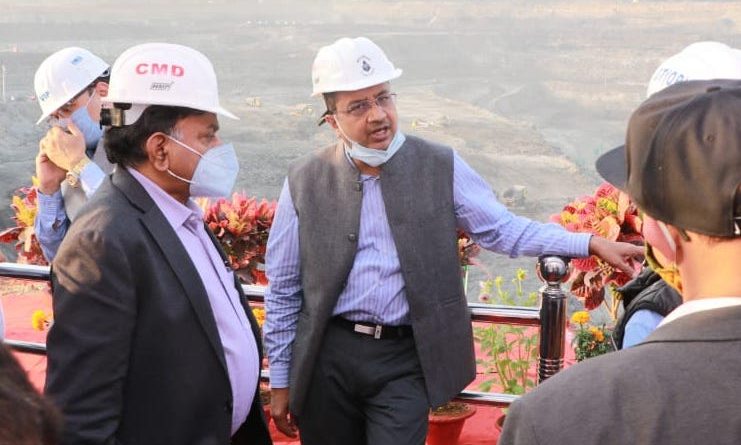 Talcher: There is a need to produce more coal as demand for dry fuel is expected to rise post-COVID19 pandemic, said Pramod Agrawal, Chairman, Coal India Limited (CIL) on Friday.

Agrawal, who was on a day-long visit here in Mahanadi Coalfields Limited (MCL), inspected mining and coal evacuation operations at Talcher coalfields.

Committed to fulfil the energy needs of the country, the Chairman said, Coal India is giving much emphasis on increasing production.

There was a sudden fall in demand of coal due to pandemic, which had forced subsidiaries to slow down production and focus on other related works like removal of overburden and strengthening of infrastructure for coal transportation.

He appreciated MCL for commendable growth in all the major parameters of production, despatch and over burden removal.

Coal India had produced 405 million tonne coal by third financial quarter ending December 31, 2020, which has a contribution of 101.8 million tonne from Odisha-based MCL.

“MCL has done very good till now, but more challenges are ahead,” said Agrawal, who also laid the foundation stone of  Bhubaneswari coal handling plant (CHP) Phase II, which is part of First Mile Connectivity (FMC) projects in MCL.

Bhuabneswari CHP Phase-II, having estimated cost of Rs 247 crore, will have coal handing capacity of 15 million tonne per annum.

Earlier, at a meeting with the leaders of trade unions, Mr Agrawal appreciated trade unions in MCL for their constructive role towards the growth of the country.