Bhubaneswar: As many as seven persons were killed and nine others sustained critical injuries after a pick-up van they were travelling in overturned in Odisha’s Koraput district on Sunday evening.

The incident took place near Murtahandi under Kotpad police limits.

The occupants of the pick-up vehicle came from Chhattisgarh to attend a death ritual in Kotpad.

The injured have been shifted to Jagadalpur hospital, informed police.

The identities of the passengers are yet to be ascertained.

The death toll is expected to rise further.

Till the report was filed, rescue operation was going on. 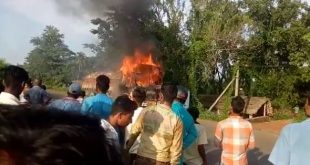