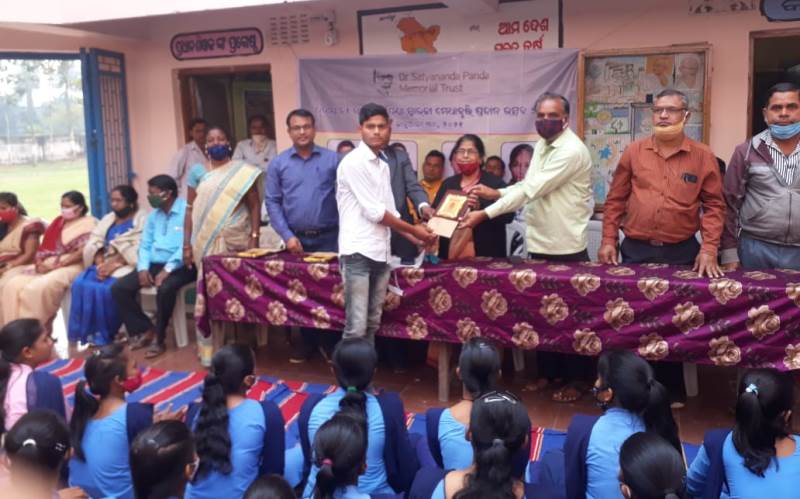 On the occasion of the third death anniversary of Dr Satyananda Panda, a small function was held at Janata Nodal School, established by him in his native village Jhimani under Kujang block of the district.

Organsied under the chairmanship of Mayadhar Das, former Head Master of the school, Kalpana Das, present Headmistress of the School, Dr Banaprabha Parida, Principal of Narayan Birabar Samant College, other faculties of the school and college, members of the Dr Satyananda Panda Memorial Trust and many dignitaries from the area were present on the occasion.

The dignitaries spoke about the contribution of Dr Panda to the education and institution building in the area and paid floral tribute at his statue. Besides staff and students of both the institutions, other dignitaries, members of the trust Subhransu Panda, Prakash Panda paid rich tribute to him.

Founded in the memory of Dr. Panda in 2018, the trust has awarded scholarships to 13 students so far. Dr Panda, the first PhD holder of the state in Anthropology to have done research on fishermen community, had given up his career as a university teacher and worked with the displaced, land losers, in the industrial belt of Paradip and was associated with many such organisations.

Other than establishing a school and college in his native village Jhimani, he was associated with many educational institutions of the district mentoring and guiding them.

A gifted scholar, he had edited more than 10 magazines, and written articles in many journals and two books “History of Paradip and Paradip in Past and Presnt. He passed away on January 5, 2018 after a massive heart attack.