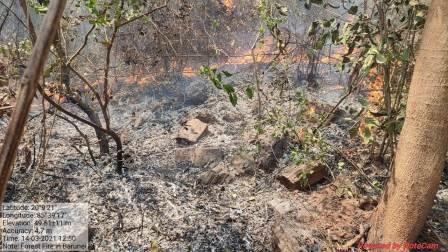 
Bhubaneswar: The forest fire situation in the state including Similipal is totally contained and controlled, informed the forest department on Sunday.

There is no continuous fire in the state as of now.

This has been possible because of immediate and proactive steps taken by the state government to check and control forest fire in the state and massive inhibited support of local communities who have come all out and assisted the forest officials in fire extinguishing in the field, the department said.

However, considering that the major fire season is still left and fire activity increases with the rise in the temperature after the onset of summer season, the Field officials have been directed to be on full alert and vigil to prevent any proliferation of fire in their areas.

The field officials up to beat Guard has been directed to immediately attend to the real-time satellite-based forest fire alert points received from FSI, Dehradun and douse and upload the photos of the attended forest fire point in their GPS PDA or official mobile for online monitoring of the fire preparedness and response of different field formations by the Headquarters.