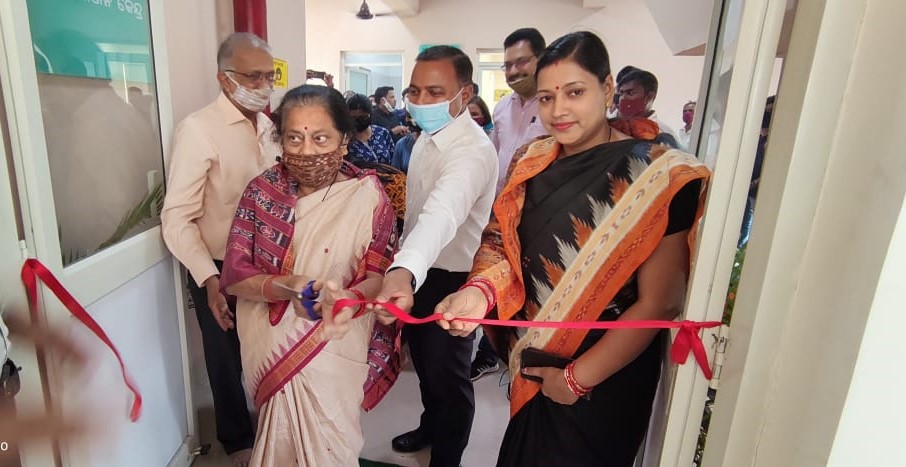 The recreation centre will have facilities like indoor games and yoga for health and wellness, meeting place and other amenities.

It would provide a quality atmosphere where the senior citizens could spend their time with friends and their peer groups.

On the inaugural day, a health check-up camp was also organized in which blood sugar level, blood pressure and weight of senior citizens were measured.

At a crucial juncture, due to the changing social dynamics of nuclear families, when the elderly population is facing loneliness and boredom in their lives, this recreation centre for the senior citizens would provide a nice place to chat together, play indoor games and share feelings with one another.

This would be part of the Active Ageing Project under the Socially Smart Bhubaneswar, which is part of the joint initiative of BSCL and United Nations Population Fund (UNFPA).

Inaugurating the Senior Citizens Recreation Centre at IPSC Saheed Nagar Chief Executive Officer of Bhubaneswar Smart City Limited and BMC Commissioner Prem Chandra Chaudhary said, “The city administration is proactive in providing better facilities for senior citizens across the city including parks and other open spaces so that they can spend good time and remain happy with meaningful engagements for their mental and physical wellbeing. With multiple facilities available at the IPSC Saheed Nagar, senior citizens in good number would definitely visit the centre and avail the opportunity to remain happy and fit.’’

After the inaugural ceremony, the Chief Executive Officer of Bhubaneswar Smart City Limited and BMC Commissioner also held discussions with the senior citizens and also invited suggestions from them regarding their issues and how to address them.

During the inaugural function, nearly 40 senior citizens from different locations across the city participated including women. Prominent members of the Baristha Nagarika Sangha Saheed Nagar joined the event and helped in its coordination. Senior officials of Bhubaneswar Smart City and Bhubaneswar Municipal Corporation were present. Former BMC councilor of Ward No. 30 Saswati Mishra was also present.

It can be mentioned here that the IPSC at Saheed Nagar has multiple facilities like Ward Office, a fully functional public library, homoeopathic dispensary for providing better services for the people around.

The public library has become a frequently visited place for readers of all age groups after its opening on February 8.

A collaborative effort of Bhubaneswar Smart City and Bhubaneswar Municipal Corporation, the library has a good collection of books, periodicals and other publications in Odia and English books on various competitive and entrance examinations and on topics like health, well-being, fitness, history, contemporary Indian literature, religion, poetry and other subjects.

The BSCL authorities have said that there is adequate security arrangement at IPSC Saheed Nagar to make the female and elderly visitors feel safe and secured. A similar IPSC building with various facilities will also be opened at Bapuji Nagar soon, for which construction is underway.