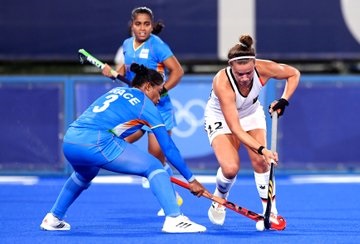 
Tokyo, 26 July 2021: The Indian Women’s Hockey Team played their hearts out in their second Tokyo Olympics encounter against the World Number 3 Germany side at the Oi Hockey Stadium here on Monday. The Indian team had many chances to score, but couldn’t find a way to get on board, before going down 0-2 against the Germans.

The Germany team kept most of the possession of the ball in the opening minutes of the first quarter before India’s Sharmila Devi found a way to make a fantastic run on the left flank in the fourth minute, however, the German defense kept the Indians at bay. Thereafter, the German side put more pressure on the Indian goal, driving the ball through the middle in the 7th minute, but the Indian defense stood tall and kept the ball away from the goal.

Sharmila made another brilliant run, this time through the middle of the pitch, and passed the ball to Udita. The Striker dived forward to convert the pass into a goal, but couldn’t find a way to do so. A few moments later, the Germans earned a Penalty Corner and Captain Nike Lorenz (12′) didn’t miss out on the opportunity to help Germany take a 1-0 lead.

The World Number 3 side had a chance to score early in the second quarter, but the Indian defense kept the ball away from the goal. The Germans continued to put pressure on their opponents, however, the Indian defense stood tall and ensured that the Germans didn’t find the back of the net. The World Number 3 side earned a Penalty Corner in the 6th minute of the third quarter.

They took a shot, but it was calmly deflected away by Salima Tete. Thereafter, Vandana Katariya made a fantastic run on the left flank in the 10th minute of the second quarter, however, she couldn’t find a way to open India’s account. The Indians put more pressure on the Germans, but the German defense proved to be too strong.

The Indians started the third quarter aggressively and earned their first Penalty Corner in the second minute of the third quarter. India Captain Rani took a shot and the ball deflected off Lisa Altenburg’s thigh, following which, Rani quickly asked for a referral and appealed for a Penalty Stroke. India were awarded the Penalty Stroke, however, Gurjit Kaur couldn’t convert the opportunity.

Soon after, the Germans made an inroad into the Indian circle and Anne Schröder (35′) took a fantastic shot from the right and helped Germany take a 2-0 lead. The Indians were not deterred by the setback and continued to fight against the Germans. In the 7th minute of the third quarter, Vandana made a brilliant intercept and made a run all the way to the goal, but her shot was saved by the German Goalkeeper. India continued to put pressure on the Germans but just couldn’t find a way to get on the board.

India started the fourth quarter brilliantly. Navneet Kaur made a fantastic run on the right flank and passed the ball to Vandana, however, the latter looped the ball over the crossbar. The Germans earned a Penalty Corner shortly after and Captain Lorenz took a shot, which was brilliantly deflected away by Monika. The Indian team made a few circle penetrations in the last few minutes of the match, but the Germans kept the Indians at bay and sealed a 2-0 victory. 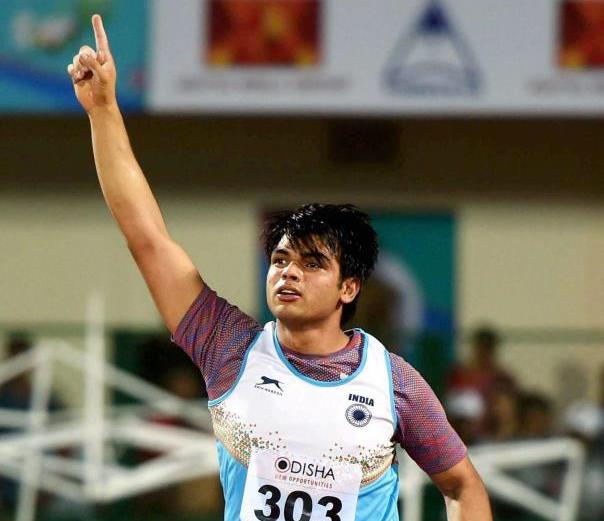