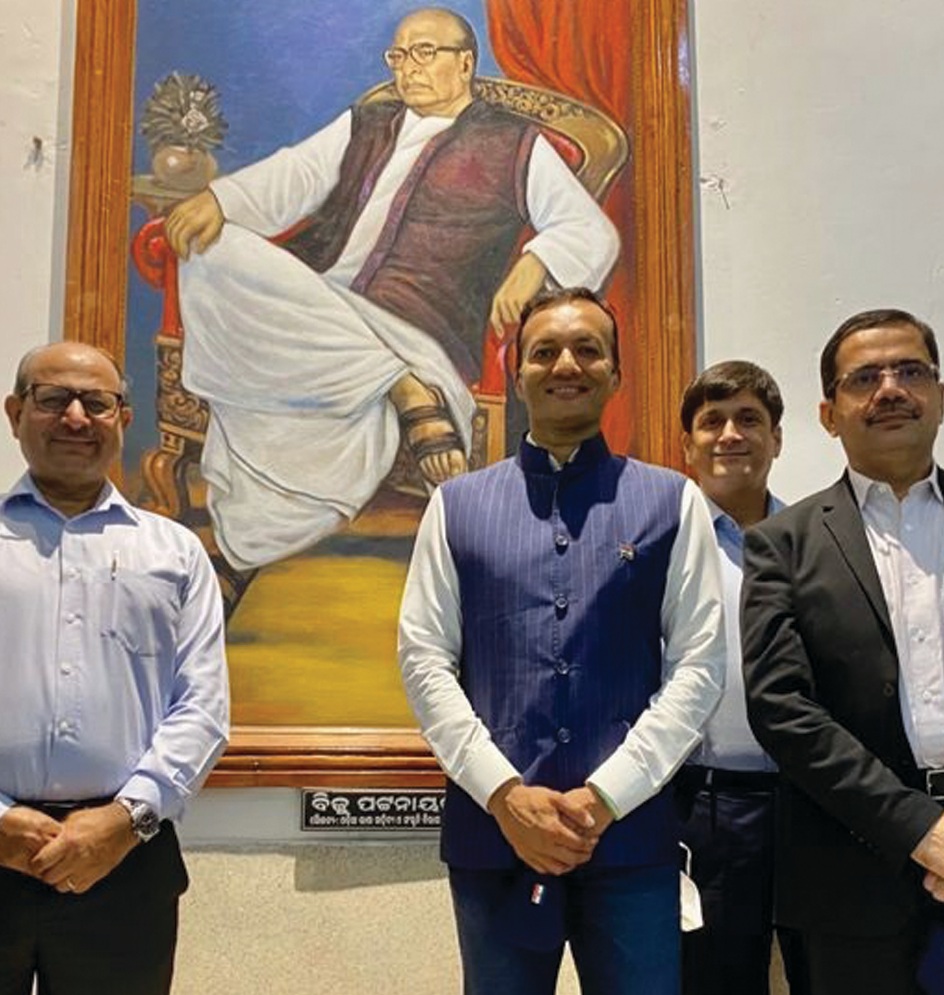 During the meetings, Jindal updated about the JSPL’s plan to expand the Angul steel plant’s capacity from 6 MTPA to 25.2 MTPA by 2030 ,which will be the largest Plant in the World in a single location as per present capacities.

Talking to the media after the meeting, Jindal expressed his confidence upon the Odisha Govt for its industry friendly policies of protecting the interests of the State based value addition creator industries and appreciated the existing pre-emption policy of the State Govt for ensuring raw materials to  the State based Steel Industries .

Jindal lauded the efforts by the state government to conduct the auction of iron ore blocks in a transparent and expeditious manner.

JSPL ‘s Managing Director  VR Sharma on being asked about participating in upcoming auctions, said, “JSPL will participate in the forthcoming auction of the Iron ore mines in Odisha.  Irrespective of the auction’s outcome, we are confident that the state government would make all out efforts to protect the raw material security for industrial units in Odisha and promote the value addition of the raw material within the State under its pre-emption scheme “.

Presently, JSPL is the largest investor in the State in the Iron & Steel Sector with an investment of more than ₹45,000 crore.

The company has set up a 6 MTPA steel plant at Angul, the largest in Odisha and a 9 MTPA pellet plant at Barbil, the biggest in India.

In the next ten years, the company would increase its investment in the State to more than ₹1,00,000 crore. The expansion is expected to generate enormous economic activity and employment opportunities in the State.

Recently JSPL has been honoured by the Government of India for being the highest GST payer of Odisha and Chattisgarh in the private sector category.