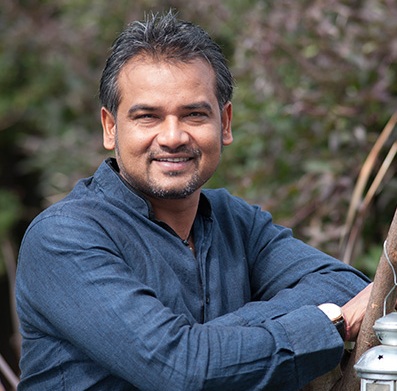 Nila Madhab Panda started his celluloid journey with the acclaimed ‘I am Kalam’. His subsequent work focused equally on environmental as well as children’s issues. He is excited to steer another project that has a child as a central character.

Explaining his recurrent interest in such stories, he says, “India is a country with a 28.6% children population, and yet we have very few films which are children centric or talking about their issues”. Debutant director Anuj Tyagi’s Bishwa is based on the life of a blind boy and how he emerges as a hero in a village near the mesmerizing Chilika lake. The film has a highly-skilled cast and has Vinay Pathak, Yagya Bhasin, Sharib Hashmi (Family Man fame) and national-award-winning actress Usha Jadhav in pivotal roles.

Bishwa is shot entirely in mesmerising beauty of Odisha, right before the lockdown started. Nila Madhab Panda, who is born and brought up in Odisha has always shown his love for Odisha through his films. But this will be a film entirely shot in Odisha. Bishwa has featured the beauty of  Chilika lake, Bhubaneswar and Puri and now the film is all set to open at the prestigious Buster Film Festival (Copenhagen, Denmark) and the DYTIATO children film festival, Ukraine.

Buster presents the greatest selection in Denmark of new exciting, innovative, challenging and entertaining films for children and youth from all over the world. An elated Nila Madhab Panda says, “Cinema on children’s issues has always been the most important part of my career as I started with I Am Kalam, then Jalpari and then Halkaa. ‘Bishwa’ is a tale of a young boy who cannot see whereas rest of the world can.

His father believes he is cursed with a disabled boy. But Bishwa is never ready to accept this thought and gets agitated when people feel he is disabled. He is determined to prove the idea of vision, that you may not have two eyes, does not mean you are abnormal, and you still can do everything that others can do. He resolves the villagers’ biggest fear which others could not. You must come to the theatre to see what it was that he resolved.”

Talking about his debut film opening at the Buster Film Festival, director Anuj Tyagi says “Bishwa is the story of a little boy who is blind and yet he emerges as a hero. The subject is very fresh and so are the locations we shot at. We are just lucky that we finished the project a day before the lockdown which gave us a lot of time for the post-production. It’s an honour for me and our whole team that the film is selected for the Buster Film Festival and we are really looking forward to it”.

There is a growing rumour about a ghost in a tiny fishing village of India, and Eleven-year-old Bishwa, born stubborn and blind, gets curious and starts asking everyone for a description of the ghost. Clueless, they share their imaginary ideas about how a ghost looks. Fearful of the ghost, the villagers stop stepping out after sunset. The kids do not get to play in the evenings. It confuses Bishwa and he decides to go catch the ghost on his own. What does he discover?