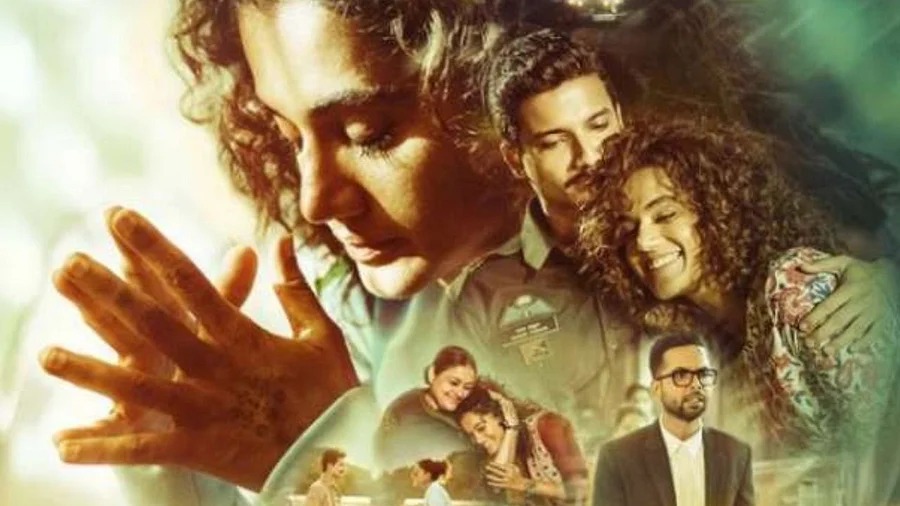 
Mumbai: Actor Akarsh Khurana’s sports-drama film Rashmi Rocket starring Taapsee Pannu as the lead is filled with ambition and promise. However, it seems to gloss over Rashmi’s gifted physical ability to sprint, leaving the audience slightly disconnected from her character.

Rashmi Rocket has also joined the list of films that have been leaked online.

According to reports, the movie leaked on Tamilrockers, Movierulz, Telegram, and the other piracy based websites. Over the years, several films, from Tollywood, Bollywood, Kollywood, Hollywood movies and other regional movies, have been leaked online by such notorious sites Tamilrockers and Movierulz.

Filmmaker Akarsh Khurana has raised this social issue in his film ‘Rashmi Rocket’. Adorned with actors like Taapsee Pannu, Supriya Pathak, Priyanshu Painyuli, this film is the story of a Gujarati girl who dreams of becoming a world athlete.
While pursuing her dream, it doesn’t take long for her to understand that women athletes face exploitation in the name of gender testing under an age-old system in our country.