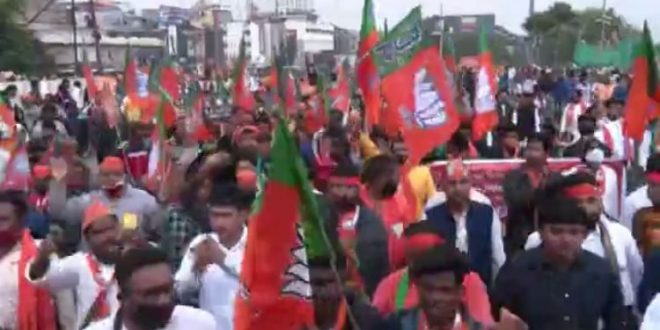 
Bhubaneswar: With barely a few months left for the panchayat elections, the opposition BJP and BJD have intensified their attacks against each other.

In a show of strength, both the parties on Thursday took out massive rallies in the capital city of Odisha.

The ruling BJD organised a massive bike rally targeting the Centre against the frequent hike in fuel prices and unemployment. They also staged a dharna at the Power House Square.

On the other hand, the opposition BJP targeted the state government over the Mamita Meher murder case.

The party workers took out a massive rally in Bhubaneswar demanding a CBI probe and sacking of Minister Dibya Shankar Mishra over the murder case. They attempted to gherao the Odisha Assembly in session.