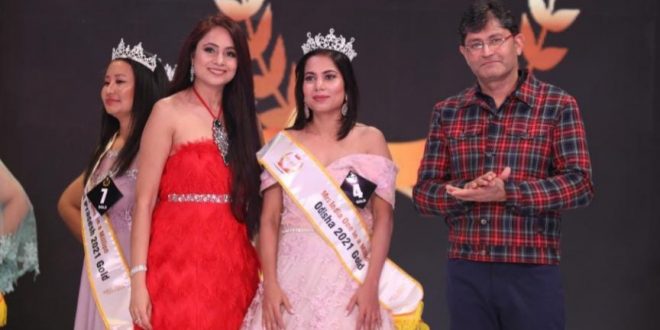 
Bhubaneswar: Manisha Praharaj, Assistant Professor at the SUM Nursing College of SOA, has been crowned ‘Mrs India One in Million-Odisha’ at a beauty pageant conducted recently.

The national level contest, which continued for four days at New Delhi, had attracted 70 participants from all over the country. The Grand Finale was held on December 24 in which eight contestants including Praharaj entered the final round.

She was crowned ‘Mrs India One in Million-Odisha’.

The semifinal round of the one-year-old contest was held online while the Grand Finale was held on Christmas day.