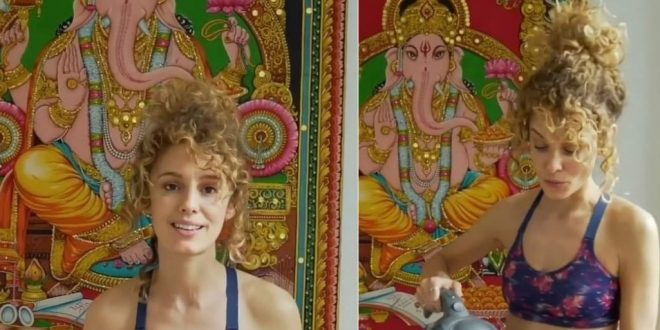 
Spanish actress Esther Acebo, who played the character of Stockholm in the popular web series ‘Money Heist’, remains in the news for a special reason.

In a recent video of the actress, the painting of Lord Ganesha was seen behind her. The pictures of actress with the Hindu lord have gone viral on social media platforms.

Social media users are sharing the picture of Esther Acebo and calling it a matter of pride for India. They also heaped praises on the actress.
While sharing the photo of the actress, a user wrote in the caption – Proud moment for India. Esther is best known for playing the role of Stockholm (Monica Gaztambide) in the Money Heist series.