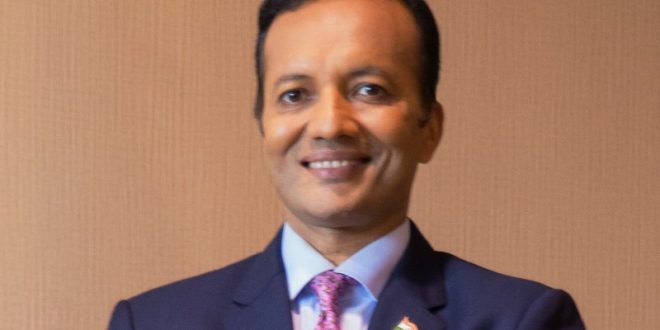 JSPL has set up a 6 MTPA integrated steel plant at Angul. Last year, State High-Level Clearance Authority, headed by Chief Minister Naveen Patnaik approved the proposal to expand the plant capacity to 25.2 MTPA by 2030, which will be the largest plant in the world in a single location as per present capacities.

The expansion is expected to increase JSPL’s investment in Odisha to more than ₹1,00,000 crores from ₹ 45,000 crores at present. This would also generate enormous economic activity and employment opportunities in the State.

Jindal also expressed his disappointment over the blockades being staged in front of the Kasia mines gate by a few people, instigated by a group of vested interests.

He urged the Chief Secretary to break the impasse for the smooth operation of the Mines.

JSPL was granted the mining lease of Kasia Iron and dolomite block after it became the preferred bidder for the block at a premium of 118.10% in the mineral auction conducted by the State Government. After the deposit of the required upfront payment, performance security, and stamp duty, amounting to about ₹ 1500 Crore, the company signed the lease deed in November last year.

A few vested interests, provoked by some transporters have blocked entry to the mines, not allowing entry to the mine and preventing the beginning of operations.  They have also resorted to violence and hurt at least a couple of personnel besides violating all COVID-related protocols.

Besides the loss of livelihood to local people, the illegal blockade is also causing revenue loss to the State Government to the tune of over ₹ 15 crores on daily basis. The state exchequer has lost so far more than ₹500 Crores for this illegitimate blockade.

Jindal requested the Chief Secretary to intervene in the matter and resolve the issue for full-scale operation of the Kasia mine.