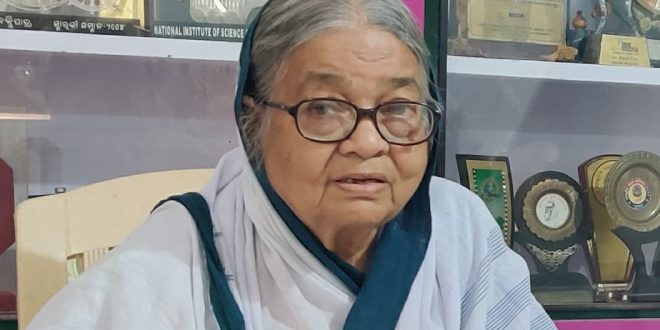 Shanti Devi passed away late last night at her residence in Gunupur in Rayagada district.

Born on April 18, 1934, in Balasore, Shanti Devi had moved to Koraput after her marriage to Dr Ratan Das at the age of 17. She started her career as a social worker with the support of her husband.

Shanti Devi mainly worked for the development and education of tribal girls. She had set up an ashram for leprosy patients at Jabarguda under Padmapur block in Rayagada district.

She also founded the Seva Samaj ashram at Gunupur in 1964 for imparting education to the tribal girls.

Prime Minister Narendra Modi and Odisha Chief Minister Naveen Patnaik expressed their condolences on the passing away of Shanti Devi.

“Shanti Devi Ji will be remembered as a voice of the poor and underprivileged. She worked selflessly to remove suffering and create a healthier as well as just society. Pained by her demise. My thoughts are with her family and countless admirers. Om Shanti.,” tweeted Modi.

“Her lifelong efforts to help the helpless and tribal have always been inspiring. Her contribution to social work is invaluable. I extend my heartfelt condolences to the bereaved family,” tweeted the Chief Minister.