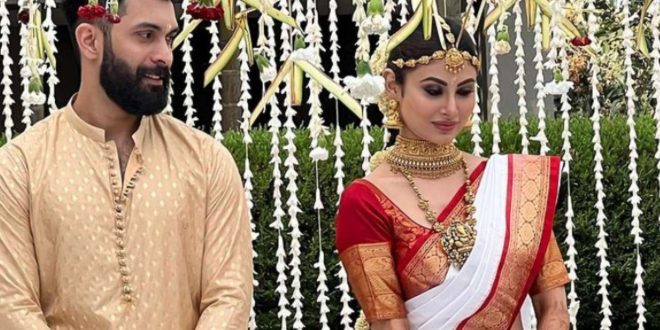 
Mouni Roy and Suraj Nambiar are now officially husband and wife. The couple, who had never confirmed their relationship, tied the knot in Goa in a private ceremony with family and close friends. The wedding rituals were made according to South Indian customs. Mouni and Sooraj got married according to Malayali customs in South Goa.

On January 27, Mouni’s marriage was completed with great pomp at a luxurious location in Goa. All the stars of TV have attended Mouni’s wedding, including Arjun Bijlani and Mandira Bedi.