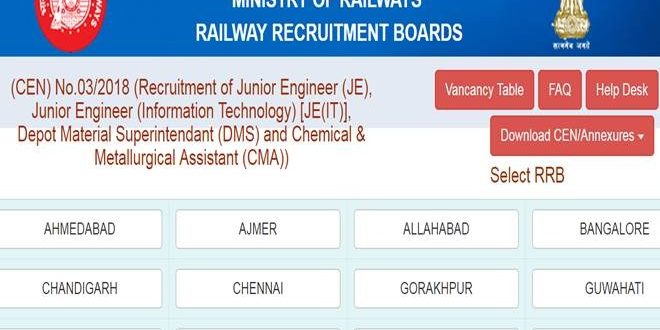 
What is RRB? What is its role and function?

Railway Recruitment Board (RRB) functions under the Ministry of Railways, Government of India. It is primarily responsible for recruiting the group ‘C’ staff. There are 21 RRBs in the country. Each RRB has a Chairman, and a Member Secretary and an Assistant Secretary and supporting non-gazetted staff.
Recruitments done earlier by RRBs
RRBs have notified 2,83,747 vacancies since 2018 and have given appointments to more than 1.32 lakh candidates. Recruitment of remaining vacancies is under process. RRRs have conducted CBTs for about 4 crore candidates in last three and half years despite COVID 19 pandemic.
Why recruitment is conducted with two stages Computer Based Test (CBT) ?

In case the number of candidates who have applied against the notification are large in number and are more than one crore, then, it is advisable to conduct CBT in two stages with 1st Stage being used to screen the candidates for 2nd Stage and 2nd Stage CBT conducted with limited candidates so that extensive normalization is not involved and the final merit is more just and fair.

What is the basis of shortlisting candidates for 2nd Stage CBT ?

As per Railway Recruitment Board manual of 2015, candidates 10 times the notified vacancies are to be called for 2nd Stage CBT for Non Technical Popular Categories (NTPC). This is to ensure that the number is limited to the extent that the same can be managed in one or limited shifts to avoid extensive normalization as well as to ensure that adequate candidates are available for deciding the merit after initial screening done through 1st Stage CBT. This same was followed in earlier Centralized Employment Notification (CEN) 02/2010 (for Graduates) and CEN 04/2010 (for 10+2) where candidates 10 times the vacancies were called for 2nd Stage CBT before increasing the same to 15 times for CEN 03/2015 (Graduates).

How many candidates are shortlisted for 2nd Stage CBT for NTPC Exam?

For CEN 01/2019, the 1st stage CBT has been made common for Graduates and 10+2 pass candidates, it has been prescribed in the CEN that candidates20 timesthe notified vacancies will be called for 2nd Stage CBT so that adequate candidates are given opportunity to appear in 2nd Stage CBT after screening through 1st Stage CBT

Short listing should be done for 7 lakh candidates not 7 lakh roll numbers?

Nowhere was it mentioned that 7 lakh distinct candidates will get shortlisted for 2nd stage CBT. Since a 2nd Stage consists of CBT of five different levels and a candidate can be shortlisted for more than one level as per eligibility, merit and option, the lists of 7 lakh roll numbers will have some names appearing in more than one list.

RRBs have shortlisted candidates only 4-5 times of notified vacancies.

Ten candidates used to fight for one post now one candidate will fight for 10 posts.

Finally, 35281 distinct candidates will be selected and one candidate will be appointed against only one post depending upon merit and preference. Hence no post will remain vacant.