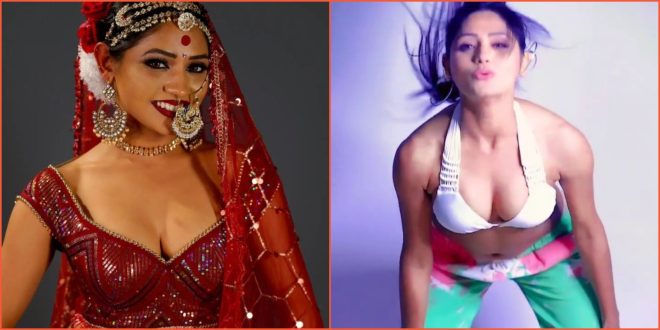 
The fever of Allu Arjun’s ‘Pushpa’ is still continuing and reels on the song ‘Sami Sami’ dominate social media platforms.

There is another song from Pushpa: The Rise which has been on people’s tongues in Hindi, Tamil and Telugu- ‘Sami Sami’. People from Bollywood to Bhojpuri have become fans of this song of Rashmika Mandanna.

Now a video of Bhojpuri actress Shweta Sharma has surfaced on this song in which she is seen dancing fiercely. The actress is giving amazing expressions in this song. In the video, Shaveta is wearing a yellow colored ghagra, which is blooming on her.

In the song, the actress dances with full energy. The song is in trend, so the actress is also seen dancing to the song by making her steps with full fun.