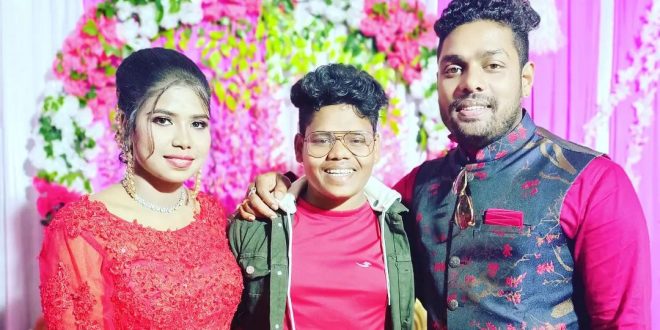 
Pupular YouTuber and comedian Mr Gulua is now engaged. He to begin his new innings with longtime-girlfriend Barsha, who also works in his team. However, the wedding date has not been announced yet.

Mr Gulua and Barsha got engaged at a special ceremony held on Valentine’s Day (February 14). The ring ceremony was attended by the Odia comic’s team mates as well as other content creators. Popular Jatra and TV actress Rani Panda was a part for the ceremony.

Though the comedian has not shared any picture of his engagement, his co-actors have shared beautiful engagement pictures on social media sites.

Needless to say, Barsha has been a great support to Mr Gulua since her struggle days. She looks after the post-production of her comedy video. She has also played many characters in several comedy videos.

If you are a comedy content fan and love to watch Odia comedy videos, you definitely know him. He makes you laugh through his short comedy videos on YouTube.