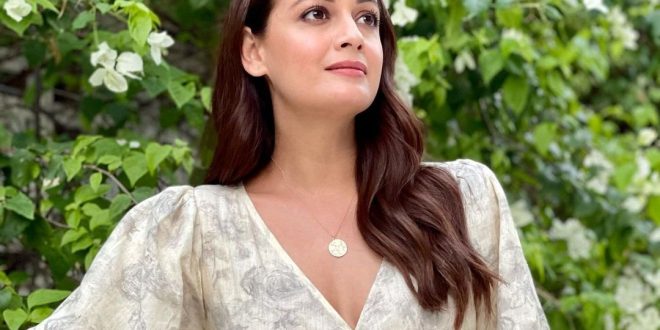 
Dia Mirza, a multi-hyphenate in the truest sense of the word, is iDiva’s March cover star. Over the years, she has had many roles and, in an exclusive conversation for iDiva’s March digital cover story, she gets candid about learning to live on her own terms.

Styled by Pranay Jaitly and Shounak Amonkar, and photographed by Abheet Gidwani, the actor looks ethereal in beautiful jewellery by Priyaasi, which, founded by Priyanka Khandelwal in 2015, is an online jewellery label that makes affordable jewellery accessible to women.

The Women’s Day special video, which accompanies the cover, shows Dia Mirza as a woman who chooses purpose over perfection, who takes the highs and lows of life as they come, without letting them stop her. She is a woman who is grounded by her past, and motivated by her present to follow the purpose of her life, which is beyond just achieving perfection. She truly embodies the woman of today.

Having already garnered over 500K views (and counting) on iDiva’s social platforms within a day, the video has also been widely shared by more than 100 leading influencers and some of the biggest names in the Bollywood news category, including Viral Bhayani and Filmygyan, to name a few.

In her interview, the actor opens up about being labelled as “too pretty to be successful” during her initial days in Bollywood, and how she never let it hold her back. Speaking of her love for cinema, Mirza says, “I was innately always an artiste. I remember my grandmum had eight kids, and she’d finish up all her chores and make it to the cinema talkies to watch a movie.”

She also gets candid about the expectations that come with being a female star and how an inauthentic idea of beauty, of being ‘perfect’, could be forced upon you. “At the core of your heart, you know who you are, but nobody wants to tap into that person,” says Dia. A woman of substance, she truly believes in embracing the flaws that make us all perfectly imperfect.

Whether it’s her roles as an actor or her public persona, Dia Mirza defines her own purpose. And she’s done so without giving in to society’s expectations. Using her platform, she also continues to champion environment-related causes working as a UN Environment Goodwill Ambassador and United Nations Secretary-General’s Advocate for Sustainable Development Goals.

Mirza, who welcomed her son Avyaan Azaad Rekhi in 2021, tells iDiva that motherhood is “The most indomitable, powerful, beautiful, strengthening force ever. I don’t think it’s possible to experience a love like this for anything else in the world as you do for your child.”

For her, what lies ahead is a continuation of all that she believes in. “With time and experience, your sphere of influence widens and your ability to give increases,” Mirza concludes and one could say it defines the way she’s living her life. 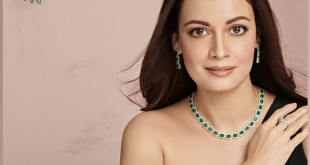