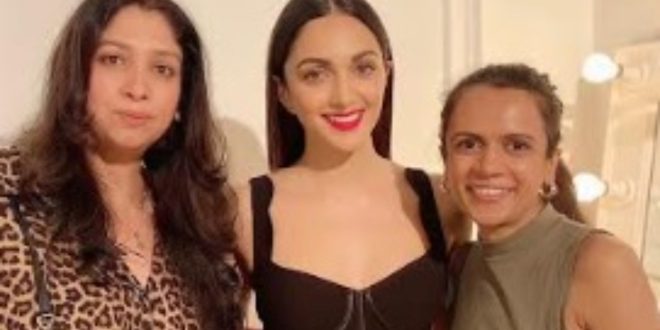 
M5 Entertainment Talent Agency has recently signed up both Kiara Advani and TaapseePannu as brand ambassadors for Belora Cosmetics and Arata – Advanced Curl Care hair Gel respectively in the last month. These two deals come at the back of a very successful year for M5 Entertainment.

“The process of these deals become extremely seamless with these actresses. Apart from the commitment and energy that they bring into every association. The advantage that M5 Entertainment has whilst working with the brand’s is the sensibility and connect that we bring forth for fulfilling associations like the Arata association. As soon as we got the brief for the curly hair gel, we suggested Taapsee and the brand was immediately on board with the natural fit.” Sonya V Kapoor.

Belora Cosmetics, the first ‘Made Safe’ certified makeup brand across Europe and Asia, announced Bollywood actor and style icon, Kiara Advani, as its brand ambassador. Kiara’s mass appeal with millions in fan-following that cuts across geographies and age groups, is poised to play a central role in assisting Belora engage deeply with its audiences. M5 Entertainment’s expertise lies in fitting the right talent with the right brand and Kiara’s mass appeal catered to the brief that was given to them.

The second campaign that M5 Entertainment has worked with on is leading homegrown personal care brand and India’s leading hair care expert, Arata.

Arata along with TaapseePannu introduced Advanced Curl Care Hair Gel. M5 Entertainment understands the importance of a natural fit, instead of going for a talent that would have to fit into the mould of what the brand needed.

“Collaborating with Taapse is a joy, this is the first time we have worked with her and when Arata’s brief Advanced Curl Care Hair Gel came in, we knew this would be the perfect opportunity. She’s fresh, honest and a thorough professional to work with and we look forward to collaborating with her,” Amrita Mendonza.

Apart from these 2 deals in the last month, M5 Entertainment executed a marquee deal with Tata Play and Kareena Kapoor Khan and Saif Ali Khan. Along with their ongoing brand deals, M5 Entertainment are currently expanding their avenue into the space of films and OTT.