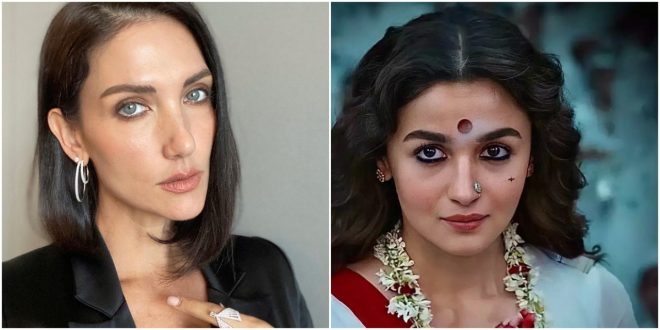 She took to her social media to share her recreated look of Bollywood actress Alia Bhatt from the latter’s biographical film ‘Gangubai Kathiawadi’ where she played the eponymous character of the madame of a brothel.

“My cover of Gangubai, inspired by the hit film on Netflix at the moment, in one of my favorite scenes where she’s inviting to take her lover for a ride in newly acquired car,” read her long captioned post.

Beyond the epic sets, visually captivating scenes, stunning performances by @aliaabhatt and cast, which has fascinated so many of us here in Thailand, prompting many to take to social media to do their versions of the main character #gangubaikathiawadi this film brings to the forefront the much contested arguments about prostitution vs sex work and reveals the brutality of the sex trafficking industry, then and now, and the unending cycle of violence and abuse those in marginalized groups have to endure, she added in the caption.