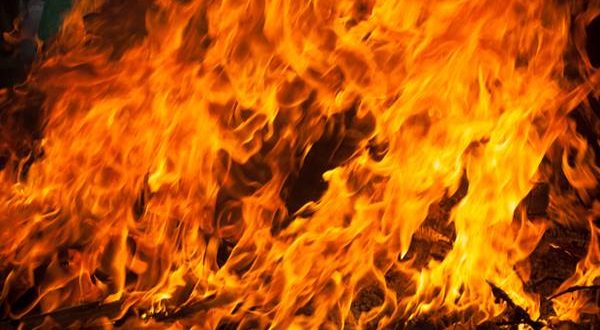 Massive fire breaks out at Deepak Nitrite’s plant in Vadodara


A massive fire broke out after a powerful explosion in a portion of Deepak Nitrite’s chemical manufacturing facility in the Nandesari industrial area on the outskirts of Gujarat’s Vadodara city on Thursday.

Seven workers have been hospitalised after inhaling smoke, officials said.

Over 700 people living in the vicinity of the factory have been shifted to safer places.

A Vadodara fire brigade official said a powerful explosion occurred when the fire started spreading in the factory during the evening.

The official said that 10 fire tenders are at the spot to douse the blaze.

Deepak Nitrite Company said in a statement that they are monitoring the situation closely.

“Our emergency response team, with the support of local authorities and companies around Deepak Nitrite Limited brought the fire under control within couple of hours. There has been no casualty and few people are being given first aid treatment. The Company has kept all concerned authorities informed and the Plant operations are expected to resume in a day or two upon clearance of damaged warehouse. The cause of fire is being investigated and the Company is committed to extend all assistance to the relevant authorities investigating into this matter,” it informed the NSE.