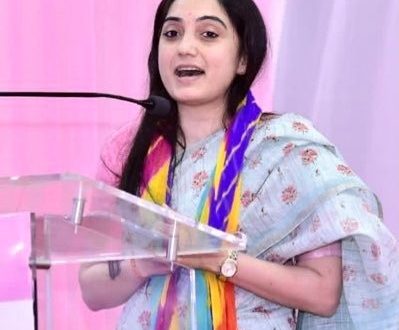 
Hours after being suspended from the Bhraratiya Janata Party (BJP), Nupur Sharma on Sunday issued an apology.

She posted the apology note on her Twitter profile.

“I have been attending TV debates for the past many days where our Mahadev was being insulted and disrespected continuously. It was mockingly being said that it is not Shivling but a fountain. The Shivling was also being ridiculed by comparing it to roadside signs and poles in Delhi,” Nupur said.

“I could not tolerate this continuous insult and disrespect towards our Mahadev and I said some things in response to it. If my words have caused discomfort or hurt religious feelings of anyone whatsoever, I hereby unconditionally withdraw my statement. It was never my intention to hurt anyone’s religious feelings,” she added.

Earlier in the day in a press statement, BJP national general secretary, Arun Singh said, “During thousands of years of the history of India, every religion has blossomed and flourished. The Bharatiya Janata Party respects all religions. The BJP strongly denounces insults of any religious personality of any religion. The Bharatiya Janata Party is also strongly against any ideology which insults or demeans any sect or religion. The BJP does not promote such people or philosophy.”