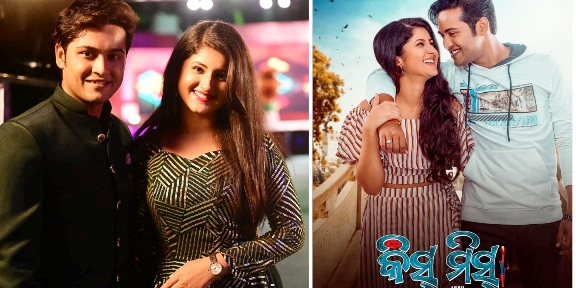 
Ollywood actress Sivani Sangita will be romancing with actor Swaraj in their upcoming Odia movie ‘Kiss Miss’. The movie will be released during Ganesh Puja (August 31).

Recently the audio of the movie was released.

According to makers, the audience will get to watch love and romance between Shivani and Swaraj. Packed with love romance and action the movie aims to entertain its audience.

According to makers, the movie was filmed in Odisha while the songs have been picturized in other states.

Apart from Shivani and Swaraj, Pritiraj, Nitu Sing, Linkan Patnaik, Somen Pujari and Dharitri will be seen in key roles.