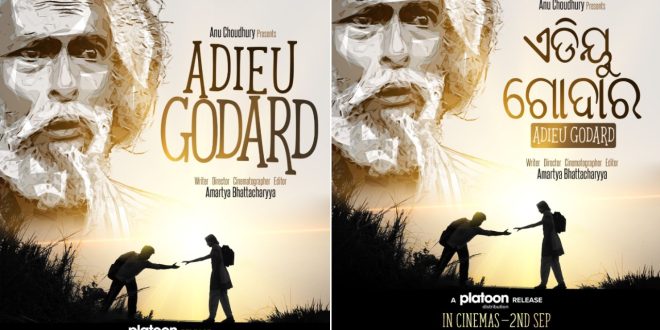 
While most of the Odia films are being discussed in a negative way, we have good news for Odia movie lovers. Globally celebrated Odia language dark comedy feature Adieu Godard will hit the silver screens on September 2.

The news was shared by none other than well-known film critic Taran Adarsh. The popular film reviewer shared the news on his Twitter handle.

adieu GODARD is an Indo-French co-production and has Choudhury Bikash Das as the lead character around whom the plot revolves. The movie is a tribute to the ace Franc film producer Jean-Luc Godard, and draws inspiration from his abruptness and quirky style of cinema. Dipanwit Dashmohapatra, Sudharsri Madhusmita, Swastik Choudhury, Choudhury Jayaprakash Das, Shankar Basu Mallick and Abhishek Giri play other important characters in the film.