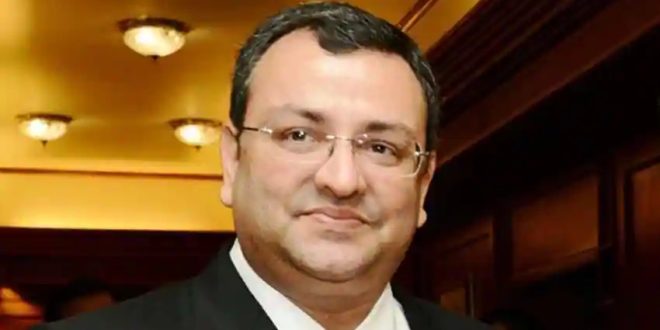 
Former Tata Sons chief, Cyrus Mistry died in a road accident that took place near Mumbai on Sunday.
According to reports, the mishap took place on the Surya River Charoti bridge on the Mumbai-Ahmedabad National Highway.

Mistry was returning to Mumbai from Gujarat in his car.
The accident took place at around 3:30 pm in the afternoon. Two have been injured in the accident and two have died. It was a Mercedes car.
Further processing is currently underway.

It may be noted that Cyrus Mistry, who was the sixth chairman of Tata Sons, was ousted from the position in October 2016.

He had taken over as the chairman in December 2012 after Ratan Tata announced his retirement. N Chandrasekaran later took over as Executive Chairman of Tata Sons.