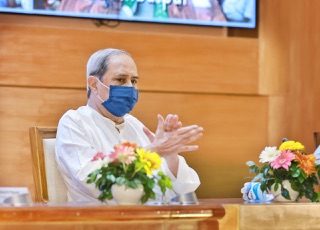 
In a big decision, the Odisha government today announced abolition of contractual recruitment system in the state.

More than 57 thousand employees will be benefited. The Government will spend approximately Rupees 1300 crore per annum.  This decision brings early Diwali for their family members.

“Today, Odisha is moving ahead with confidence.  A strong and empowered Odisha. This is a golden moment in the history of Odisha,” Naveen said.

“In this context, I would like to suggest all the Government employees to work sincerely.  Serve the people with commitment. Follow the 5-T initiative of Team work, Technology, Transparency, Time and Transformation diligently while discharging your duty.

Work hard to enhance the image of the Odisha, and play a significant role in the transformation of Odisha, he said.