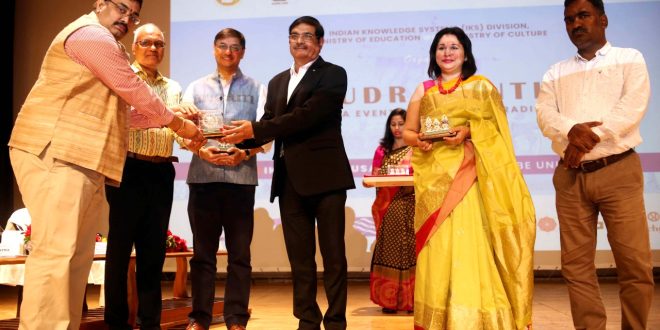 
Bhubaneswar: A three-day national Dhara event –‘Samudramanthan’, organised under the aegis of ‘Azadi ka Amrit Mahotsav’ in Odisha to focus on the state’s glorious seafaring history and create the Vision Document on maritime traditions-2047, kicked off on Tuesday.

The program was inaugurated at the SOA Deemed to be University here with speakers shedding light on India’s maritime history.

Coinciding with the inauguration of the historic Bali Yatra at nearby Cuttack, the event has been organised by the Indian Knowledge System Division of Ministry of Education in association with the Ministry of Culture and SOA.

The event will include panel and roundtable discussions on the country’s maritime history locations, traditions, ship building, navigation, trade and cultural exchange, maritime security and international law which will be held at the Odisha Maritime Museum at Cuttack over the next two days.

Mr. Sanyal, in his keynote address, highlighted India’s ancient maritime exploits saying it was the only country after which an ocean had been named. India wielded enormous influence in South East Asia through its trade, culture and geo-politics during the time, he said adding efforts were on to revive the ancient ‘stitched ship technology’ practised by Indians to build ships centuries ago.

Prof. Murthy said ‘Samudramanthan’ was part of the Dhara series of events which focused on India’s past history and achievements while endeavouring to connect the same with the present and prepare an action plan for the next 25 years.

The Dhara events held so far, he said, included India’s contribution to the field of mathematics, India’s calendar system, Astrophysics and Astronomy, Ayurveda and Martial Arts. The program on maritime tradition was planned in Odisha because of the state’s glorious tradition in the field, he said.