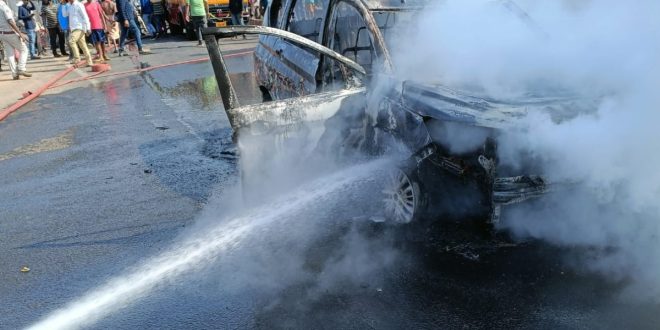 However, no causalities have been reported in the incident.

According to the information, the incident took place while the ill-fated vehicle was en-route Bhubaneswar to Cuttack when the vehicle suddenly caught fire after it started emitting smoke.

Though the exact reason behind the fire mishap is unknown, it is being suspected that a short circuit in the engine might have caused the mishap.

The passengers in the car escaped soon after they spotted smoke from the car. On being informed, police and fire department personnel reached the spot and the situation was brought under control.

Make in Odisha Conclave 2022 is a grand success: CM Naveen