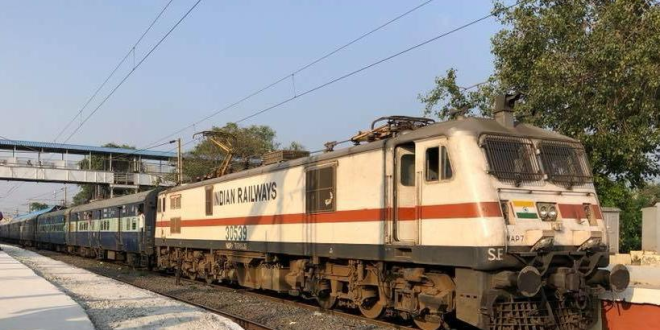 
The ongoing Doubling Work between Talcher Road and Angul in Bhubaneswar/Cuttack-Angul-Sambalpur Railway Route of East Coast Railway is going to be completed at the earliest.

This is a crucial project in Odisha for vital rail link and after completion of this project, the train traffic will be hassle free in the route.

General Manager Roop Narayan Sunkar had advised officials to complete this vital project at the earliest and he has monitored the progress in this section regularly.

This infrastructural and traffic facility works is one of the crucial and vital projects in Odisha. General Manager stressed upon detailed & precise planning, efficient tendering process, supervision of execution of works as essential ingredients of success of this project. Proper co-ordination has also been stressed upon.

This is an important project in Odisha. Once, the project will be completed, this will provide a vital railway link to the presently congested talcher angul section. Earlier, General Manager, ECoR had instructed to the officials to ensure that passengers are not inconvenienced at all. So, minimum cancellation of trains is being planned. In this connection, it has been decided to take major Safety related work with cancellation, diversion and controlling few trains as per the following…