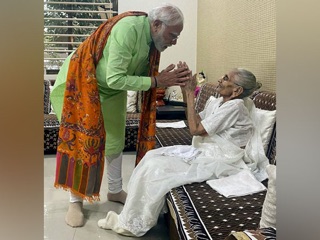 The Prime Minister, who has often spoken of his bond with his mother, visited her recently when he was in Gujarat to campaign for the recently held Assembly polls. Visuals of the Prime Minister chatting and having tea with Heeraben Modi had then emerged on social media.